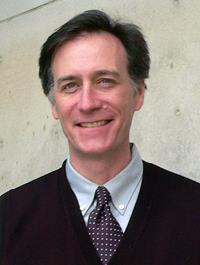 We are honored to have as our speaker, Dan Garofalo, Environmental Sustainability Director at the University of Pennsylvania.

Dan served twice as a Peace Corps volunteer, first in Malawi as the architect in charge of design for the capital city of Lilongwe from 1992 to 1994, and later on a three-month assignment in Sri Lanka to assist in disaster recovery after the tsunami in 2005.  Dan is a LEED accredited architect and a founding member of the Delaware Valley Green Building Council, where he currently serves as Chair of the Board of Directors. He is also the founder of Community Design Collaborative, Philadelphia’s pro-bono design center.

"An Investment in Knowledge Always Pays the Best Interest"--Benjamin Franklin

Topic: Environmental Sustainability Efforts at Penn and Beyond

Election of Penn Club Officers for 2015/2016:
• The Slate of Candidates will be Emailed Prior to Ben's Bash 2015
• Voting will be Available by Email Before the Event and In Person for Current Penn Club Members

*Penn alumni and current Penn students purchasing a standard ticket will receive a complimentary 1-year membership to the Penn Club of Western PA for the 2015/2016 Club year (Ben's Bash 2015 to Ben's Bash 2016).

If you have any questions about this event, please contact Donald Bonk, President of the Penn Club of Western PA, at [email protected].