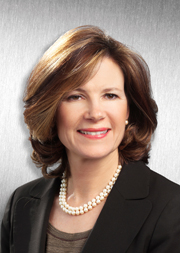 RTI International Metals ($640 million in 2007 revenues) is successful as a growing supplier to the aerospace and defense industry as well as other sectors. Ms. Hickton will describe the company’s strategies for global growth including internal initiatives and capital investment as well as external growth initiatives like acquisitions. Last year RTI International Metals moved its headquarters from Ohio to Pittsburgh and we look forward to hearing from Ms. Hickton about the benefits of the move.

Thanks to Bob Hernandez, Wharton Grad and Chairman of RTI, who provided the introduction to Ms. Hickton to arrange this event.

Dawne S. Hickton is Vice Chairman and Chief Executive Officer of RTI International Metals, Inc., one of the world’s largest producers of titanium mill products, and a manufacturer and distributor of fabricated specialty metal components and engineered systems for the aerospace, industrial, defense, and energy markets. Ms. Hickton was named Vice Chairman and CEO on April 27, 2007, and has served as a member of RTI’s board since 2007.

Ms. Hickton has over 20 years of diversified metals experience, including more than 10 years in the titanium industry spanning several business cycles. During her tenure as CEO, RTI has signed more than four billion dollars in long-term agreements with Boeing, Airbus, Lockheed Martin, and other key customers. The firm has also embarked on $400 million of facilities expansions intended to diversify its raw material sourcing and increase production capacity by more than 35 percent. Ms. Hickton was formerly Senior Vice President and Chief Administrative Officer at RTI, where she was closely engaged in a variety of strategic issues. These included the Company’s restructuring, its international expansion, industry lobbying, and labor relations. In this position, she was responsible for finance, accounting, investor relations, treasury, tax, human resources, information systems, and legal matters.